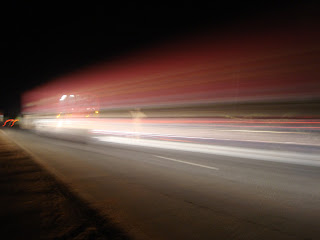 I was missing my niece a lot as I didn’t see her from one month. Friday was Moharam, but holiday was not confirmed, I reserved my tickets for Friday night train. On 7th they announced the holiday for Moharam (10 th) and I came to know that my sister is leaving to her (in-laws) place for the Ganesh Chaturthi festival on Friday morning. I didn’t get train tickets, without any option booked for bus (KSRTC). I found one bus which will reach Hubli (around 5am), before my sister and her family leaves (6:45-7am). This was my first bus journey that too alone, was very uncomfortable, adding to that I had fever on the day of journey. Departure was at 6:45, I didn’t take parcel thought they will stop somewhere to have dinner. It was so rush in bus stand that passengers who reserved tickets were standing out and others were in the bus. At-last we started the journey at 7. My co-passenger was a “NAMOONA”; he started asking me so many questions, I don’t know when I slipped in deep sleep, but when I opened my eyes it was horrible (8:30pm). Our bus was standing right in the middle of highway due to some problem in the gear box. All passengers were standing out. When I got down from bus it was even scarier. We were away from residential area, no hotel, nothing not even a dhaba, only we passengers, our "KHATARA BUS", driver-conductor and highway. When I asked the driver he told me that we have to wait for another bus to come from Mysore Depot. I looked back to passengers; there were only 4 ladies, all were in pairs. I sat on the road divider as I was scared to stand there in the crowd and even tired because of fever. After 2 hours another bus came and we started journey again, conductor told that they will stop in Arsikere for dinner and when we reached it was 12.30am, I just had two chocolates to kill my hunger. My brother was calling me at every 30mins to know where I am, that time I realized only our family cares for us. When I reached Hubli (Old Bust stand) it was around 7:30, I felt like crying because our bus entered the bus stand and the bus in which my sister and niece were there left. I didn't even get a glimpse of her face for which "I CAME BY BUS".

This is first entry to my BLOG. I was searching something which is worth sharing with all. Then felt nothing can be better than these 4 incidents of my life; which changed my view towards AUTO DRIVERS. When we think of auto drivers, the common opinion is “they are cheaters, cunning etc”. I am not an exception; I too had same opinion till I experience these 4 incidents.
Hubli- 15/11/2008
My sister’s marriage was nearing and lots of shopping was remaining. As soon as I came Hubli we started with half done purchasing. Me and my mother went to market, way back to home we thought of taking auto. We asked a driver he demanded 100/- but for my area normal charge is around 60/-, then he agreed. We came home with all our stuff and he went. Nearly after half an hour we realized that we left material worth 2000/- back side of the seat. We didn’t know what to do, no one was there in home. Suddenly one auto came, for our goodness it was the same auto driver. He came from other end of the city, left one passenger, just to return our things. He told my mother, in kannada in our accent “Madve mani samaan hang thogobardri Ammara,adakka kodlik bande. Bhaal kelsa irthava, marath hogthad” means we shouldn’t take things from the marriage home and we tend to forget in the marriage work.
Hassan- 26/10/2009
All of a sudden I decided to attend my friend engagement in Hassan, on 25th. I tried for all trains but didn’t get reservation, then decided to go by UR bogi (Dharwad-Mysore express). In my home no one was willing to send me alone in UR bogi. At last my parents allowed me to go on only one condition, that I have to call as soon as I reach Hassan and make my friend to talk with them, who was suppose to come to station to receive me, because the arrival time was 0430. When I reached Hassan station it was 0420, I called my friend but Vodafone network problem was such that I didn’t get line. Hassan station was such a haunting place that, I was shivering in the early morning. Started looking for PCO, but my bad luck there was not a single PCO near by. I came back to station; there was only one auto left, which was already occupied by a Muslim family. Seeing my face that driver himself asked me to get in to the auto. He requested the male passenger to sit in the front so that I can sit. On the way he told it is not safe to leave you alone in the station; nobody will be there after train leaves. I was trying to call my friend but network was busy. Then he gave his cell to call my friend and inform to come to bus stand.
Bengaluru-19/04/2010
I came to Bengaluru on 19th at 2:30pm for some work, decided to stay in my sister’s house. I came out of the station, called her to confirm the plat form and bus number. She forgot to inform that they shifted to other house; the address which I had was old one. I asked how to come now and her reply was “I too don’t know, I never go out alone and I can’t ask my husband now as he is in meeting and will be free by 4pm”. Then she told me to take an auto and come to Rajaji nagar, Ram mandir. In prepaid stand no one was ready to come as it is near, which I didn’t know. Because that was the first time I came to Bengaluru alone. Then one driver came, but he too didn’t know properly and asked me. I told “sorry, I don’t know anything about Bengaluru, this is the first time I came to bengaluru alone. So you have to take me. I can’t help you”.  He took nearly 30 minutes to reach the place. I think he showed me half Rajaji nagar. When I asked him about the fare he told “Adarall esht ide ashte kodi madam. Nan thappu, naan balaskond bande”. Means, how much it is mentioned in the ticket you give me that much. He was standing there till my sister came to receive me. And while leaving he told me with smiling face “In future never tell any auto driver that you are new and don’t know about the city”.
Mysore-02/01/2011
I was returning from Bengaluru to Mysore on 02/01/11. I met my friends, enjoyed being with them. When I reached Mysore it was already 9:40pm and thought if I go for prepaid auto I will get late, so decided to go for outside auto. Asked for 3-4 drivers no one was ready to come. For my luck one driver agreed , but he asked me 50/- (prepaid charge 35/-), I didn’t ask anything and got in. After reaching I gave him 50/- and was about to move. Suddenly he stopped me and started scolding. And his words were like this "As a brother I am telling you this, you are like my sister, you can think anything about me, you can scold also, I don’t mind. Next time if you come so late then go for prepaid auto not outside auto. The route is so haunting (more than 80%) and you are alone. Can’t you think about your safety?  So many drivers will be drunk, how can you believe them? ". He kept 20/- in my hand before I could react or realize he left.
Posted by Swapna B Patil at 3:08 PM 5 comments:

Swapna B Patil
Hi.. I am Swapna from India. I love card making and making it my full time hobby. I love visiting blogs of other crafters which inspires me to try new techniques. There is so much to learn from ppl around you and around the world. 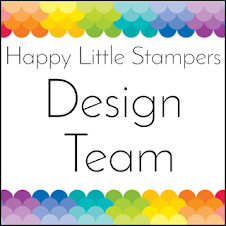 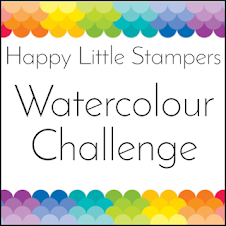